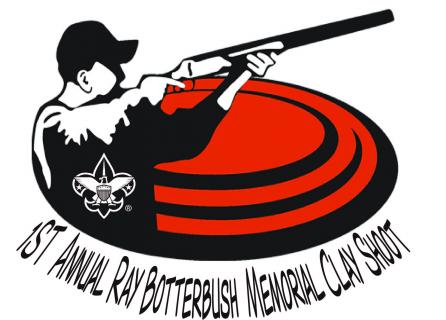 Schedule:
Check In 7:30 am-8:00 am
Event Shooting 8:00 am-11:30am
Squads of 5 will travel a 15 station course.
Lunch, shotgun shells, and transportation between stations provided.

***Anyone under the age of 16 must be accompanied by an adult. Youth squads only require one adult chaperone. Guns available for use upon request. Side by sides are allowed.

Ray Botterbush was a lifelong scout who epitomized the best of the Boy Scouts of America. As a young man, he earned his Eagle Scout, then continued on with scouting and eventually received the Silver Beaver Award for his leadership as an adult scouter. Through the years, he served as an Assistant Scoutmaster of multiple troops, Radio Merit Badge Counselor, a member of the Counsel Executive Board for several counsels, and planned interactions between scouts and first responders. Throughout his life, he put the Scout Oath and Scout Law into action. He served as a Madison County Sheriff’s Deputy for nearly four decades, during which time he was known for being helpful, courteous, kind, and cheerful when interacting with members of his community, and especially loved getting to work with kids. This service did not stop when he took off either uniform—police or scout. He was also a member of the Alton/Godfrey Rotary Club, the Salvation Army Board, Madison County Emergency Management, Lewis & Clark Radio Club, and a severe weather spotter of the National Weather Service. More than anything, he was proudest of getting to spend time with his niece, Kathleen, and nephews, Jonathan and K.J., who followed in his footsteps and earned their Eagle Scout. He passed away on June 16, 2014 while attending summer camp at Boy Scout Camp Bunn in Hettick, Illinois.