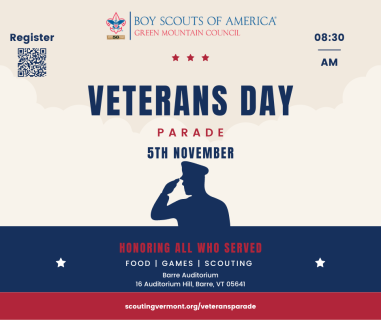 All Scout units, both Boy Scouts and Girl Scouts, are invited to come to Barre, in uniform, to march in the parade and honor our Veterans!

Hosted by the city of Barre and Barre area Veterans Council

We will be having lunch and games after the ceremony.

If you aren't a Scout and would still like to participate in the parade. No Worries! Just fill out the form in the attachments and send it to us!